That’s exactly what Brian McGovern of McMagical.com does. Brian is a party entertainer — he’s been practicing magic and performing since he was in high school.

The success of the side hustle allowed him to walk away from a well-paying, but stressful, career on Wall Street.

Despite the pandemic forcing him to perform shows from his living room, he’s still making up to $2,000 for an hour’s work.

Tune in to The Side Hustle Show interview to learn how to:

How’d You Come up With the Idea to Be a Party Entertainer?

Brian was working on Wall Street before turning his side hustle as a party entertainer and traveling magician into a full-time gig, but he’s no stranger to performing magic.

“Well, I was raised as a strange child, and I was into magic since I was about 6 years old,” Brian told me when I asked him how he first got into magic.

What Made You Start Performing as a Side Hustle?

Brian had done a bunch of shows throughout high school, but after graduating, settling down, and taking a job on Wall Street, he stopped performing magic.

Towards the end of 2007 and with his kids all grown up, Brian really had that itch to get back into the entertainment business.

He thought he’d start by being an agent, and book other performers for parties. He did that for a while but said he found it frustrating working with other less-than-reliable performers.

So, Brian decided to focus on his own career and start doing entertainment gigs himself, and that’s when things really “took off.”

Evaluating the Competition and First Customers

“When I started, the competition was so far behind in terms of SEO, I kinda looked at the online presence of the competition and there really was none, “ Brian told me regarding competitors.

So, he jumped in and started learning about how to build a site, get reviews, and build a digital presence.

Brian still remembers his first booking coming in. He was posting content about the local shows he was doing, and someone found him by searching for a magician in their local area on Google.

This was great for generating some cold leads when he was starting out. However, Brian said that most of his business comes from referrals and word-of-mouth.

How to Get Started in the Entertainment/Party Business

If you’re looking to get started in the entertainment business and doing parties, Brian said the best way is to connect with local agencies.

Brian said you can simply start by typing your town and what service you provide into Google, and you should be able to find some party companies that book entertainers.

Most entertainers can earn $100+ an hour Brian told me, but keep in mind that gigs are not going to be regular at first.

Brian said the national agencies are for the next tier of performers. They tend to book more of the corporate events, which can easily pay $5,000-$10,000.

But corporate events are very different from kids’ parties and smaller events, so you need to be sure you’re ready before applying.

There are national lead services, too, like Gigsalad. Brian said Gigsalad is also a good place to start. You can upload your photos and create a profile for free, and then you get the chance to bid on leads that come in.

What if You Don’t Have Any Skills?

If you really want to get into doing parties and other live events but don’t have any skills like knowing card tricks, doing magic, or any of the other classic party acts, Brian said you can still find work.

“There are people that get paid to do the living statues in Times Square, you know, those people that just stand still,” Brian told me.

There is a huge demand for people willing to show up in a costume, too. Things like Spiderman, popular kid’s TV show characters, and so on.

There are plenty of other entertainment gigs that do not require specific skills or experience, so Brian urges anyone interested in earning some extra income to contact an agency and talk with them.

Leveling Up Your Skills and Charging More

For Brian, magic has always been a hobby, an interest, and a passion. He said that will take you a long way if you can find your own passion you turn it into a side hustle.

As for getting over the stage jitters and getting better at performing, Brian said it’s like most things, you just have to force yourself to get out there and practice as much as possible.

Marketing Yourself as a Performer

Brian has helped a lot of people get started in the entertainment business, and shared some of his best advice for marketing yourself:

Signing up with local agencies is the first thing Brian recommends. It’s great for getting your name out there and there is a good chance you’ll find work.

Event planners that arrange social or corporate events are often looking for performers. Brian said you can often find work by approaching these companies and letting them know what you do.

This is the avenue that helped Brian secure some high-paying work in the Hamptons and for billionaire clients, some pretty exciting stuff.

Brian has booked through American Express and some concierge services that book everything on behalf of high-net-worth individuals.

These are some of Brian’s favorite gigs. He said they are often among the highest paying, and he has a lot of control over what he offers them as there is no middle man or agent.

Offer to Be an Apprentice for a Performer

Brian has worked as an apprentice in his time, and he’s had a number of people working with him.

It’s a great two-way relationship. You get to learn more about the business and make new contacts, and the person you’re working with may even send some overflow work your way. You can then do the same for them when you’re established.

Do Gigs for Free

When you’re starting out, the experience is invaluable. Brian said you should offer to perform at parties and events for friends and family for free.

This will help you get more practice and experience working in front of a live crowd, and you can hand out business cards and start marketing yourself.

Moving Into the Corporate Market

The corporate market is “a different beast” Brian explained. There is a higher level of expectation, and it’s harder to break into.

Brian has landed a lot of his corporate gigs through his local ones. Either through general word-of-mouth or making it known to people at his events that he also does corporate gigs.

The Importance of Reviews

Reviews are essential in this line of work, and it helps with SEO if you have an online presence.

Brian said you should go out of your way to ask people to leave a review on your Google My Business profile if possible first and get some on your website, too.

Getting people to leave a review can be difficult. Brian said he makes sure to deliver the best possible experience from the moment someone first makes contact with him, to the close of the event.

After the event, he simply asks if people will kindly leave a review.

Brian operates on a quote-only basis. He has a form on his site that customers can fill out, this is how he finds out what the customer wants, where they live, the size of the event, and so on.

He also uses what he calls “peak pricing”, meaning his rates change depending on when someone wants to book him.

As a performer, you can only be at one place at a time. For busier periods, you can charge a much higher hourly rate.

If it’s a large gig, Brian also thinks about potential networking. He asks the client if they already have a DJ, photographer, etc. If not, he recommends his network of friends, and this is something they also do back for him.

Some costs Brian said you should keep in mind are traveling expenses, which can rack up along with the time you’re going to spend on the road. You should also pay for performer’s insurance, which for Brian is around $300/year.

From Side Hustle to Full-Time Gig

It took Brian about a year from when he decided to do this full-time to get to the point where he was making enough money to call this his full-time occupation.

He took the jump right in the middle of the recession though, where spending on luxuries like entertainment was cut back drastically.

Had it not been for the timing, Brian said he would be been able to build his business up to full-time income a lot faster.

Most of this year has seen Brian performing via Zoom. Brian is really hoping for that to change soon, although he said he can see online sessions still being relevant after the pandemic passes as it’s a great way to engage with remote teams.

Brian is hoping trade shows are back in the near future, those are the gigs he really enjoys as he gets to do some closeup magic.

Brian’s #1 Tip for Side Hustle Nation

Links and Resources from this Episode

Find The Side Hustle Show in your favorite podcast player app, or listen in right in your browser.

Pin it for later: 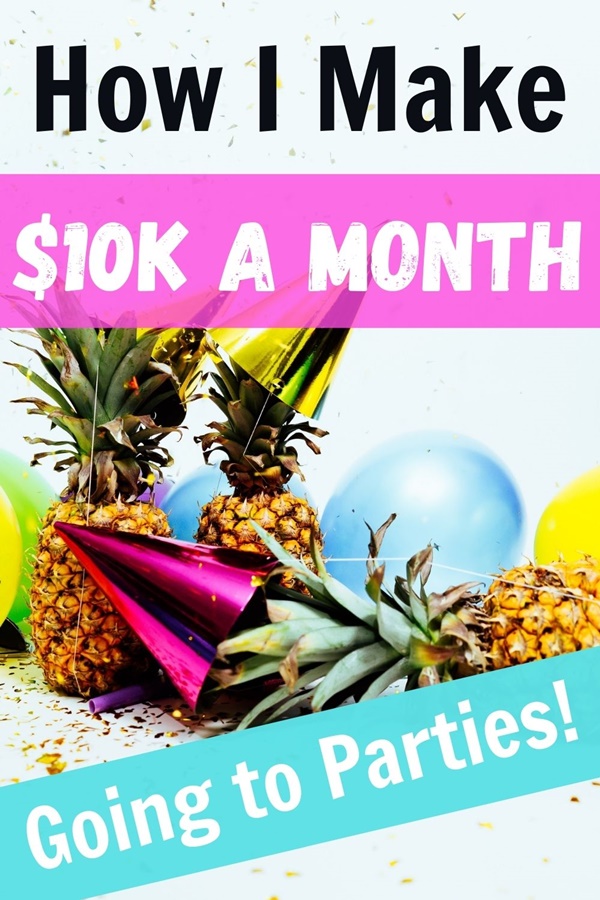